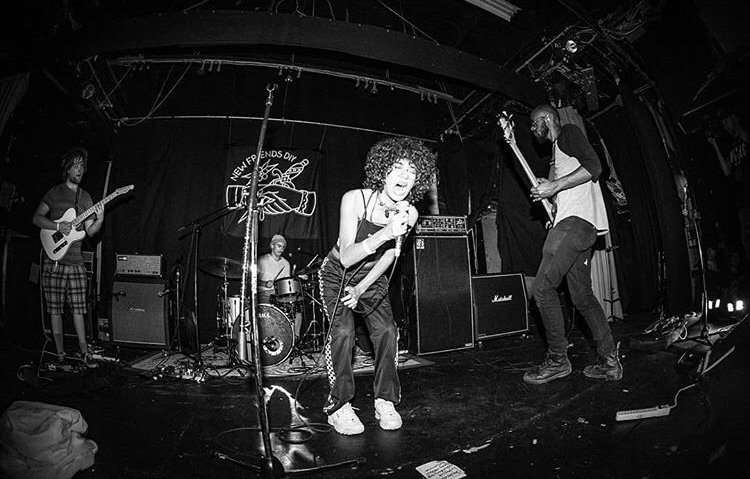 Southwestern, CT screamo band Foxtails is made up of musicians Megan Cadena-Fernandez (Vocals-Bass), Jon Benham (Guitar), and Michael Larocca (Drums). Together, they make, angular, moody screamo with elements of math and softer indie styles. Recently, the four-piece have released their new album, Querida Hija (translation Dear Daughter) via Vancouver’s Emocat Records. It is Foxtails’ first LP since III, and follows their 2018 split with algae bloom.

Foxtails distinct sound has matured and been refined since ‘III’ . The anger and panic are more cutting and calculated and the songwriting more methodical. Megan’s vocals range from soft and spectral (reminiscent of Jasmine Rodgers from bôa) to bratty, contentious and bone chilling.

Mathy and jazzy influences pervade, with as much quiet reflection as righteous fury. Some moments recall the chaos of a Nayru breakdown, while the quiet/loud dynamics on some songs would be at home on a Touch and Go / Quarterstick record from the black and white band photo days.

A gentle and mesmerizing lullaby opens; a soft and poignant stepping stone from the anguished end of ‘III’ . The addition of an antique chord organ as well as saxophone on a handful of tracks pushes the sound even further from centre. Things pick up at a measured pace and bursts of dissonance arc out from deceptively smooth jazzy sections.

From the softest murmur to the highest shriek, the trio’s unity as a band is undeniable.

Listen to Querida Hija by Foxtails on Bandcamp and Spotify below: