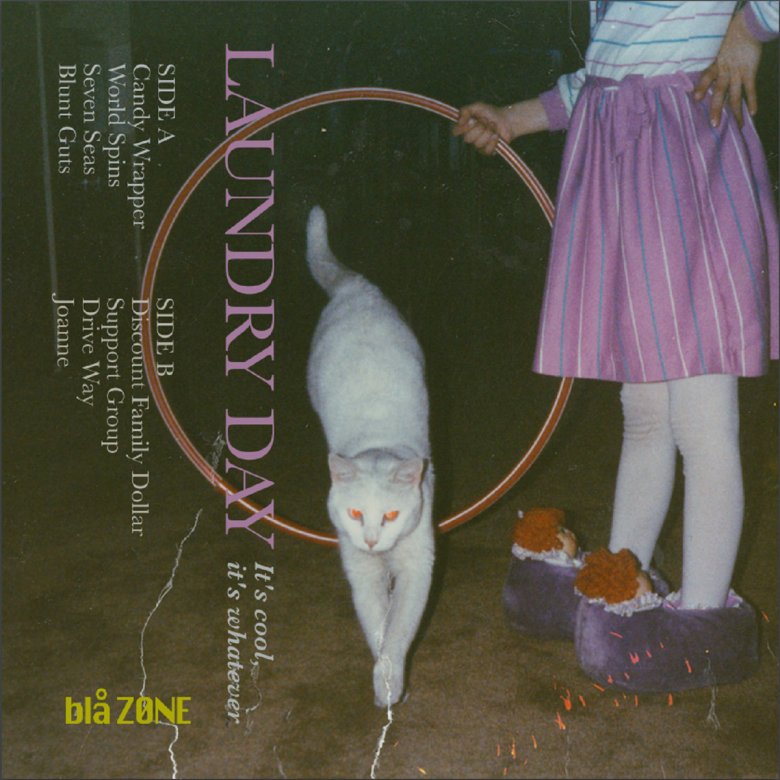 While Laundry Day’s new album It’s Cool, It’s Whatever is technically the New Haven slacker rock band’s debut full-length, many of these songs have been in the band’s live rotation for some years now. Since the release of their 2014 self-titled EP, the extra time and countless shows the band has played has given the group time to refine these songs both stylistically and performance wise.

Singer-songwriter Alex Burnet has oft stated that while he serves as the group’s principal vocal and songwriter, each member of the group contributes to the songwriting process in a way that couldn’t be achieved otherwise. It shows. Burnet’s lyrics and melodies often have a simple but substantial charm about them that is nicely complimented by the holistic approach these songs take.

This is most evident when listening to the fully produced reprise of previous EP standout, “Seven Seas”, where the band expands on Burnet’s suburban and dreamlike juxtapositions of “monster makeup” and “minivans” with warm harmonies, a light touch of hi-hat, and the company of friends.

Much credit goes to drummer Alexa Ambrose, whose style of playing brings out particular accents that give the album a much more live sounding presence. Both opener “Candy Wrapper” and closer “Joanne” have a rollicking momentum which bestows the otherwise very New Haven album with a universal road-trip-across-America drivability.

In addition to providing vocal harmonies, guitarist Sam Carlson (who dropped a sweet solo record earlier this Spring), offers a grungy contribution “Blunt Guts.” The track gives a similar voice to his concerns about suburban aimlessness but with a more angular hot rod crunch that better suits Laundry Day.

While this fully realized iteration of Laundry Day packs more distortion and punch, late album highlight “Driveway” is a solo acoustic number from Burnet that resonates in its own way. Burnet, who has refrained from saying much beyond the album being born of personal strife, lays it all out here for all to see. In a series of both particular and vague images and events, there are few songs in recent memory that seem so solitary, so reflective of years gone by in a mere momentary flashback.

That being said, this quick isolated moment only accentuates the album’s clear sense of comradery and the power of chemistry found between friends–something that helps elevate the quality of Laundry Day’s brand of indie rock from other like-minded guitar bands.

Listen to It’s Cool, It’s Whatever by Laundry Day below or on Spotify here.