Skip to content
On Dagwood's new release, the band pairs punk and pop riffage with a newfound sense of purpose. 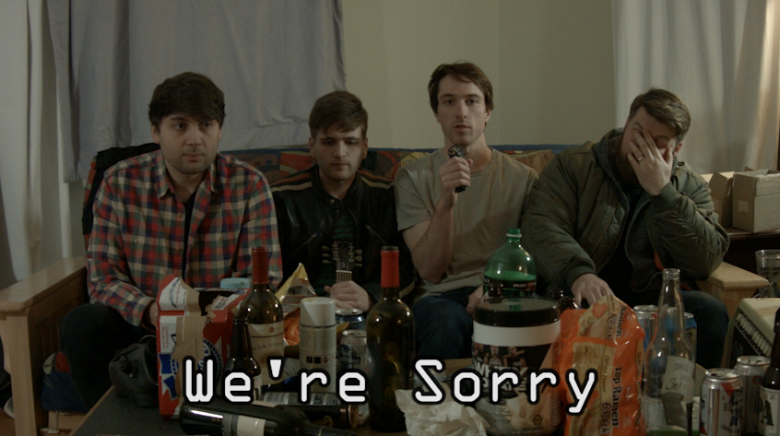 It’s a miracle that Dagwood’s new album ever saw the light of day.  In a well chronicled press release, members Grady and Mike discovered that solitary USB drive containing Dagwood’s self-titled record had been stolen by former bandmate Andrew as revenge for being kicked out of the band.  To be fair to the band, Andrew was kind of being a dick when he just showed up expecting to practice, like he was in the band or something… Fortunately for new listeners, the fans intervened on social media, the USB has been retrieved, and Dagwood’s new album has been released to the public.

While previous Dagwood releases did a solid job of balancing heavy guitar hooks with general suburban boredom, Dagwood the album pairs punk and pop riffage with a newfound sense of purpose.  On “The End”, the record’s first truly great song, the band recalls the pop sensibility of a lost 90s slacker-rock classic by mixing a buzzy moog synth sound just loud enough to shine through an squall of sulking rhythm guitars.  Mid album highlight, “Sweet Spot” is compositionally and stylistically all over the place, juxtaposing a charging rhythm and sneering punk vocals with a swaying chorus of gentle harmonies.

If the numerous harmonies weren’t plentiful enough, this record also reflects a big boost in actual vocal presence for the band.  Listening to past releases, no one could accuse Dagwood for lacking in any conviction.  However, this time around the listener can get a sense that Dagwood wants to prove a tangible step up in songwriting.  Those who have caught Dagwood’s set for the last many gigs can look no further than the penultimate live staple, “I’m the Best”, a repetitive-until-hypnotic thrasher of a song that doesn’t really leave any reasonable room to disagree.  The end of the record quite literally comes to closer “Full Circle”, which allows the listener a quick cool down before putting the album back on.